There was a very amazing bit masonic history discovered at Annapolis Royal Lodge No. 33 on May 16th.
Below is how this discovery was made and the historical significance of it.

While looking for silverware in a lower kitchen cupboard, Rt. Worshipful Brother Holger Mueller-Sparenberg discovered a framed letter dated 1750 to Provincial Grand Master Erasmus J. Phillips at Annapolis Royal from five Masonic Brethren in the new (1749) capital at Halifax – seeking dispensation from the Provincial Grand Master to establish a lodge in that city.

Among those brethren was Lieutenant General Edward Cornwallis – the first Governor of the colony of Nova Scotia.

The letter is referenced as a ‘copy’, with what appears to be the signature of Provincial Grand Master Erasmus J. Phillips.

Efforts will be undertaken to determine the age of the letter and authenticate his signature.

In 1738, Brother Erasmus J. Phillips established at Annapolis Royal the first Masonic Lodge in the colony and what would become Canada – and was Annapolis Royal Lodge’s first Worshipful Master. 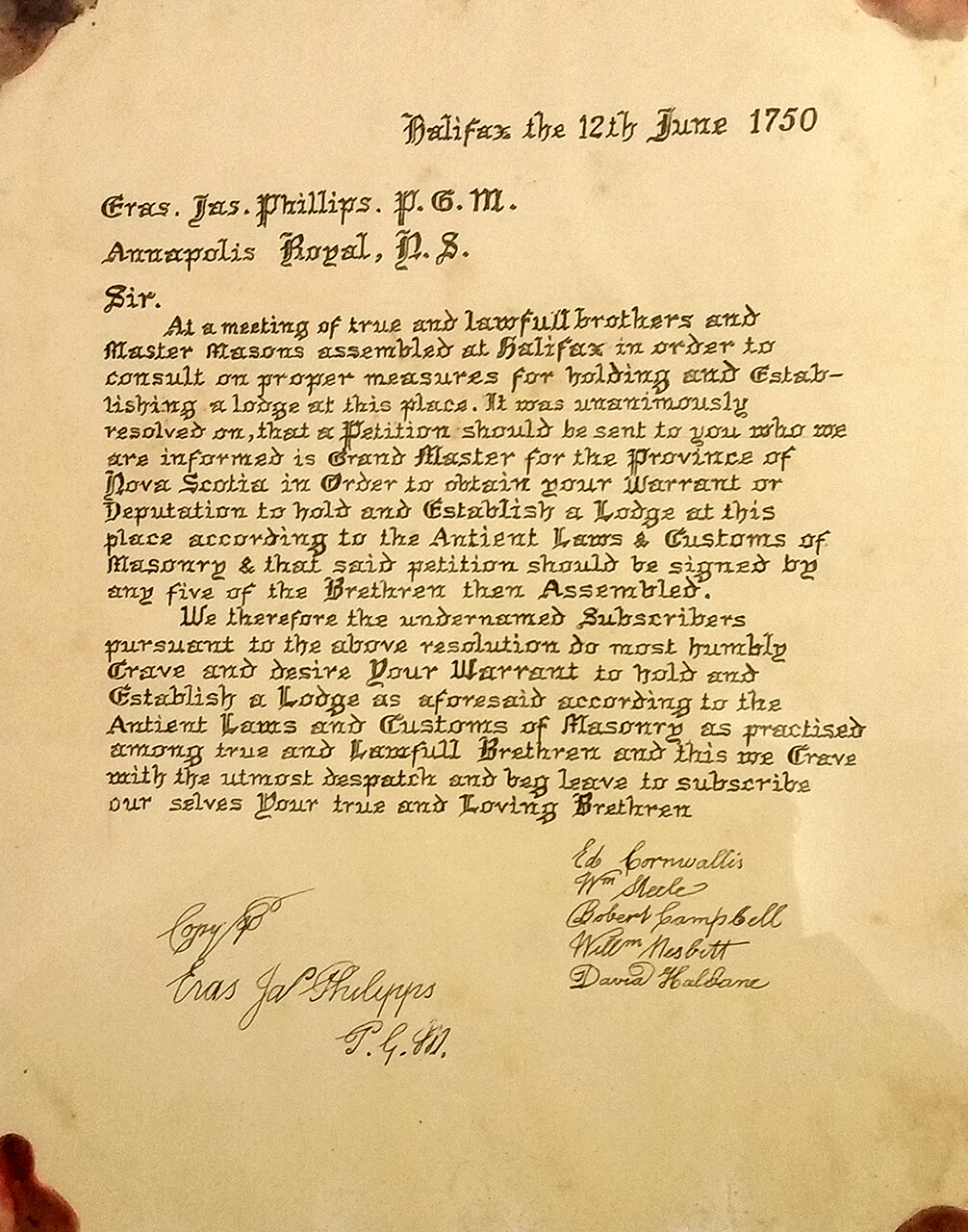